The First Estate comprised the clergy; the Second Estate was the nobility. The rest of France—some 98 percent of the population—was the Third Estate, which ranged from very wealthy city merchants to impoverished rural farmers. Their solidarity forced Louis XVI to order the clergy and the nobility to join with the Third Estate in the National Assembly in order to give the illusion that he controlled the National Assembly.

Some historians have argued that, given political tensions in France at that time, the deputies' fears, even if wrong, were reasonable and that the importance of the oath goes above and beyond its context. On 20 Junethe members of the French Third Estate took the Tennis Court Oath French : Serment du Jeu de Paumevowing "not to separate, and to reassemble wherever circumstances require, until the constitution of the kingdom is established". 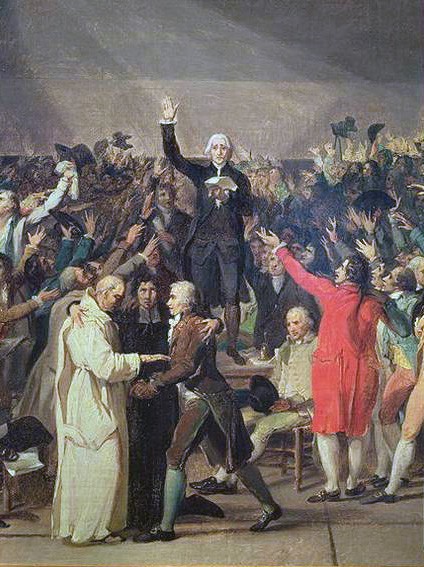 A week later, the king agreed and the Estates General met as the " National Assembly ". It was a pivotal event in the French Revolution. On the morning of 20 June, the deputies were shocked to discover that the chamber door was locked and guarded by soldiers.